Well, Thunder 2014 has come and gone. I figure it’s time for a recap of the events that transpired. I didn’t get on the volunteer squad this year which is probably good due to some family complications. Everyone is fine now, but it made attending Thunder a challenge. However, I do thank my family for working with me and I managed to attend Friday evening, all day Saturday and a small part of Sunday.

Class-wise, I only attended one this year. It was one taught by John Pendal titled “We took a vote and you are out”

Is democracy really the best way of dealing with divisions in the kink community? If the majority always rules, how do we cope when feelings run so high that splits occur? Using role playing and audience participation, we’ll look at several controversial topics and see if we can come to an agreement … or at least agree to disagree and still get along.

In this class John will use volunteers to sew discord during the group work. It’ll be interesting to see how much mayhem they can cause without being discovered. If you have enjoyed John’s innovative and entertaining classes in the past, then this is one you really need to attend.

I know that some disagree, but I feel that the play parties are what makes Thunder the event it is. I know it has other redeeming qualities, but every event has something it’s famous for. Southwest is famous for the “energy”. The Folsom street fair is famous for exhibitionism. So it’s fine that Thunder is about the play. The bulk of the classes (admittedly at my behest) were 101 classes. Skills classes are important.

Therefore in the grand scheme of things, I like Thunder for the play. I managed to top both nights and even bottom for one of them. I rather enjoyed myself in both cases. Sadly, none of them were with my partner (at least not in public), but I understand why her and I didn’t play in the public dungeon. It just means that I should make other plans most of the time.

I did manage to attend the comedy show so that was a lot of fun. Always good to hear jokes tailored toward the audience. I rather enjoyed myself

Now, what damage did I make toy wise? Well, I purchased the following:

I didn’t spend my $2,000 budget but for good reason. I am going through a real life job transition, so I need to save as much as I can just in case. I’ll post photos of them here soon (I’m actually working on redoing my database of toys). 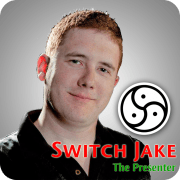 Thunder in the Mountains, Day 1

Thunder in the Mountains 2015 recap 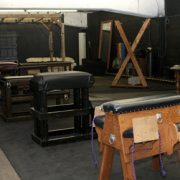