You are here: Home / Advice / Dating 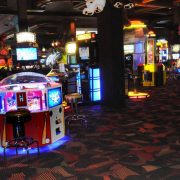 So I played with Heather_Daisy again, this time at Gateway night at the Denver Sanctuary. Admittedly it was a great deal of fun. We had this fun pre-scene game where we went to Dave and Busters (a video arcade) and played 2 player games. Before each we made bets. In the end, final score was 6 to 2 in my favor. Perhaps I should have mentioned (though I figured it would be obvious) that I am a bit of a gamer. I also used to work in a video arcade and let’s just say I was experienced in the art of game playing. Perhaps I should have not tried so hard on some but my competitive nature got the best of me. Regardless, it was quite fun and I would love to do it again, preferably with her winning a bit more.

It is nights like that though that I wish I lived closer to Denver. That hour drive is killer, especially if it is a late night. Sure I could stay with friends in lieu of driving, but I hate to impose on people, even if they would without a moments hesitation. 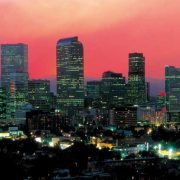 So last night, a group of us from Greeley attended the Denver munch. I have never attended the Denver munch, mostly due to the fact that it’s a drive and just a social event. I have no issues socializing, but it can be hard to justify the hour if that is the only payoff. However, we are back and it was good. More people showed up than we had chairs for, but overall a good time was had. My protege had her first experience at a munch and I think she enjoyed it. Old friends showed up as well that I was happy to talk to.

However, something sticks in my mind. I am unsure what the future holds for me in terms of relationships. Currently, I can count my prospects on one hand. Not that having a huge “dance card” is a badge of honor or anything, but let’s just say that none of my avenues are making any headway toward permanence. I got time as a friend of mine keeps saying, but I don’t want to be in this state of life forever. I remember when I first moved to Cheyenne. Before that, I didn’t think I needed love, then I found it, and now I can’t live without it.

Well, now that I am single again, I can attend the munches more. I’ve just never been an expert in socializing. I do much better one on one. I don’t mind big events, but often times it can be difficult to carry on a conversation when you have to yell at the person across the table.  I will keep trying however. Something will come, I know it!

I’m often asked what kind of relationship type I have with my submissives/dominants. Basically, I do what is called a fluid contract and an open relationship. My current girlfriend (who also subs to me and doms me) and I are both allowed to have multiple play partners. However, whenever fluids are involved (sex, blood etc), that person must be covered under our fluid contract.

A fluid contract works like this. First, the person gets tested for STDs or anything that can be communicated from one person to another. That person agrees not to have unprotected sex (preferably none at all but we all have needs) with ANYONE for a total of six months. During this time, play can happen, just no exchanging of fluids. If they break the rule regaling unprotected sex, the timer starts over and they must be tested again. After six months have passed, they are then tested again. If they pass, they become fluid bonded with us. Once at this state, they are prohibited from having unprotected sex (again, preferably none at all) with anyone whom they are not fluid bonded with. However, within the contract, they can have as much sex as they want. Most STDs manifest themselves within 6 months so the waiting period ensures nothing was hiding. If at any point it is found that they betrayed the contract, the contract is terminated and the timer resets.

Using this method allows for multiple sexual partners without the fear of infecting the entire group. While there is always the chance that someone might deceive us, ideally we don’t even offer the contract to people whom we don’t already know very well. It works for us and allows us to have the freedom of multiple partners (both for play and for sex) without the fear that comes with sleeping around and perhaps catching an STD.

In the end though, my relationship type depends on who I am with. I prefer to have a single partner simply for safety. If multiple partners are part of it though, I do the above.

Note: This article is for people who are looking for relationships, not one time play partners (not that there is anything wrong with that 🙂 )

Often times, I am asked how people go about finding partners. This admittedly is a topic near and dear to my heart. In the past, like everyone else in the world, I’ve had to find a play partner and/or girlfriend. I hope that others can gleam from my experience.